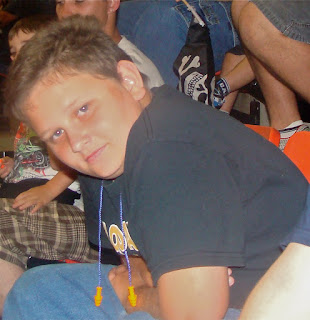 Roller Coaster... Roll On... It's kind of hard to enjoy the ride when you have no idea where the next loop is or even when the ride will come to a halt. So much going on in my life at the moment, it is actually hard to just enjoy the ride. Last week I learned that someone I had gone to church with as a teenager passed away almost 15 years ago and I had no idea. It got me thinking how we just never know... Yeah, I of all people already know all too well you never know, but sometimes it is so easy to get wrapped up in the moments that take your breath away and sting your heart that you forget that we are not promised tomorrow. I recently learned that a close internet friend, close to my age has cancer. What a stark reminder that we should be enjoying each day more... appreciating every moment as though it could be the last... 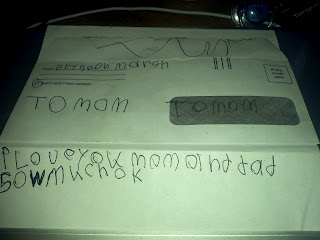 This is my letter I got today... Hand delivered... Spontaneous love written all over it, courtesy of my Brynnon!


~13 days since Brynnon started Vimpat, and he has had 5 seizure free nights! The last daytime seizure I saw was the day we added Vimpat!~

He got to go to the Monster Jam! He talked about it for 3 days, I finally decided he was going to get to go  no matter what! We had a wonderful, glorious week of the  alert, awake Brynn... the "bAd OnE" that I really missed! He was hyper, back talking... he was playful, funny and he was mischievous. That's the Brynn that is somewhere hidden behind those seizures... behind the random crazy firing of neurons in his brain... We are seeing a decline of that sparkle in his eyes already... His speech is slowing again, he is tired and he is cranky... His thoughts linger and his eyes are dim... That little light bulb is getting dimmer by the day. Only one seizure, Monday night was over 1 minute in the 13 days so far. All the others were less than a minute, which is great... We just have to learn to appreciate ANY and ALL POSITIVE! 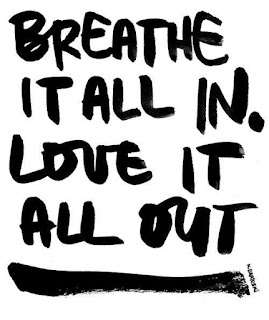 Life is like a Roller Coaster for everyone that ever has lived... Some just have more highs, more lows and more surprises than others! I was talking to my cousin, who I consider a dear friend today. She asked a question that I have asked myself too... when did it all get crazy out of hand... It was after the second known 10+ minute Tonic Clonic... in the early morning hours of Brynnons 11th Birthday. After that second "known" seizure is when it all came crashing down... that's when my peace and life as I knew it was gone. It was that day that I questioned every moment before and would begin to question everything after. Those weeks I spent on the sofa bed with Brynn and Abigail were my training ground to become Brynn's fighter, his voice and his Mom in a way that I couldn't be before. It was there on that sofa bed that I learned about different kinds of seizures... it was there that I fought through the fear to face the seizures... and there that I knew that all I could do for him was ask questions, research and beg for answers... it was also there that I watched as part of him slowly slipped away. I didn't know much about Epilepsy then... I didn't know what Intractable or Refractory meant then... After we started Depakene, life seemed to go back to a new normal. The seizures slowly faded away into the background and it was lovely to feel that it was all going to be okay. There were 8 months in between his Birthday Seizure and the 12+ minute Tonic Clonic. That early morning in August I had no idea where we were headed. I had no idea how terrible epilepsy could be... I soon learned that all my little worries that I had, all of Brynn's life... they were all clues. They were all pieces to the puzzle of Brynn. From the "Night Terrors" to the "Articulation Disorder" to the "Below average IQ," and everything in between... they all meant something. 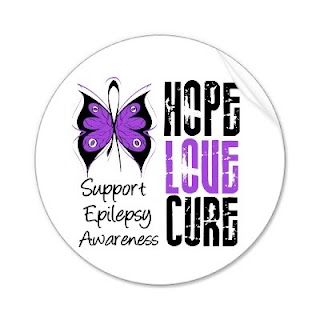 It just took ONE Doctor, who I am so grateful for, to actually read ALL of his medical history. To ask the right questions and to listen to the answers. So here we are... yes, I am facing it... yes, I know only Abba Father can change it! We don't have all the answers yet, but we do have hope... We will never ever give that up! 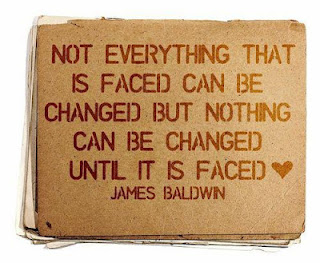 Thanks for visiting and reading about our world! We are always happy to hear from you!